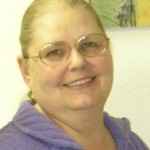 Our Local 121RN family mourns the loss of our devoted former Secretary-Treasurer, Becky Long, RN. Long died at home with her family on Monday, Nov. 21, 2011.

Long's premature death was the result of complications that arose after surgery to correct a herniated disk and several bulged disks that Long suffered on-the-job in 1998. The hospital at which she worked for more than 30 years, Los Robles Hospital & Medical Center, did not have lift and transport teams at the time. Long was moving a child by herself from PACU or the Post Anesthesia Care Unit, to the pediatric department on a gurney that was difficult to steer. She had to straighten the old gurney every couple of steps. The gurney proved to be too heavy and unwieldy for Long’s back.

Fast-forward to May 2010: Workers’ Compensation approved the surgery that Long needed to relieve the pain and fix her back. But complications arose after the surgery and Long ended up with bleeds in her brain about a week later.  She suffered multiple strokes due to the bleeding in her brain, and spent more than a year in a sub-acute care facility before being sent home under hospice care several months ago.

Long's family has planned a Dec. 3 funeral and 121RN members who knew Becky are welcome to attend.