As we bargained on Wednesday, May 15, we could clearly see that the honeymoon period of initial bargaining is over and management is showing us what they REALLY want. And it’s what they always want: To strip us of the hard-earned protections in our current contract and save the hospital money at the detriment of hospital employees and patients.

Management proposed the following deletion (in red) from our current contract:

“The Employer and the U 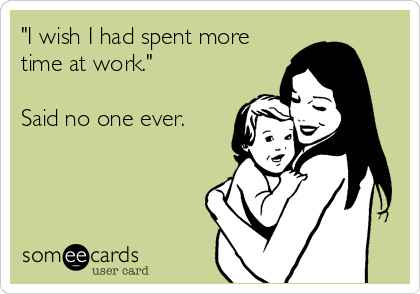 nion recognize that mandatory overtime is not desirable and represents a burden on the Employee. Acceptance of overtime and shifts beyond the Employee’s schedule shall be voluntary and in accordance with state law or regulations, except where patient care would be endangered by an internal or external emergency declared by state, local or federal government or declared by the administrator on duty. An external or internal emergency, for the purposes of this section, is defined as an unexpected situation of sudden occurrence of a serious and urgent nature that demands immediate attention.

After a 12-hour shift, most of us are tired. This language change could mean that managers can demand that you stay even longer … 15, 16 hours or perhaps longer. What if the hospital underestimates staffing for the day? Is that an emergency? Or what if several employees call in sick on the night shift? Is that such an “emergency” that it requires day shift employees to work overtime until they find replacements? We have no idea how managers could and would interpret what an “emergency” actually is after the defining contract language is gone.

If this portion of our contract language is deleted, you can say goodbye to your family time. Better get an extended hours babysitter. Remember that hot date you had? Well, you can introduce him to your cousin because you won’t have time to see him again. You know why? Because anything and everything will become an internal or external emergency, as determined by your manager.

For the second half of management’s one-two punch, the hospital proposed eliminating the following language stating that it was no longer relevant.

If an Employee who is scheduled to work is called-off by the Employer and/or volunteers to take time off, because of census or other business reasons, and that Employee chooses not to use PTO for that time, the Employee's timesheet should reflect the appropriate code for "leave without pay" so that the following benefits accrue as if the Employee had worked.

a. Vesting and service credit under the retirement plan;

b. Waiting periods under health insurance and other fringe benefit plans;

If the management Bargaining Team really believes this would not impact our retirement benefits, they are should talk to a representative at Healthy Roads to Retirement. Under the Providence 401(a) and 403(b) retirement plans, both vesting and match qualification are based on hours of service. If this contract language is deleted, call-off hours taken as leave without pay will no longer count as hours worked toward matching or vesting credit.

Employees who are called off would be penalized twice - by losing pay for those call-off hours and because unpaid call-off hours would no longer be credited for retirement purposes.

RNs have been working to come up with a solution to NICU RNs floating to Peds, PICU and the nursery for years without success. Management continues to float NICU RNs to these areas where many RNs are anxious working there because of differences in medications and doses, charting system, and policies. And, many NICU RNs don’t have access to the Peds/PICU/Nursery Pixus system.

NICU RNs are accustomed to working with newborn babies. Older babies get different doses of medicine and the policies and procedures are different in each unit. Some NICU RNs do not feel comfortable floating to Peds, PICU or nursery a few times a year. And when it could be a matter of life and death, complete confidence and competence is necessary. 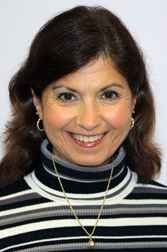 “We don’t float to these units often enough to feel comfortable working there. Yes, we’re trained to do it, but a baby who’s six months old is a lot different than a preemie. Many of our RNs would rather be cancelled than work in these other units. Those units should call in their own staff.”