Nurse Educators at St. John’s Regional in Oxnard and St. John’s Pleasant Valley in Camarillo will receive retroactive pay back to December of 2012, thanks to an arbitration win by our Union, SEIU Local 121RN.

Our Union originally filed a grievance because Nurse Educators who work at one St. John’s hospital location and were “floated” to the other St. John’s facility were not receiving “float” pay, as called for in our contract. The employer initially paid Nurse Educators for a short period of time after our contract was ratified in 2012, but then stopped, claiming staff only gets float pay if actually providing care in a “clinical unit” outside their cluster or at a different facility.

An arbitration hearing was held in January of this year and the decision in our favor was recently handed down. The arbitrator found that Nurse Educators are, in fact, entitled to float pay and awarded them float pay back to December of 2012. 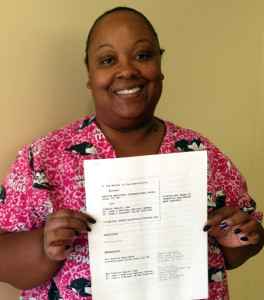 ce will always prevail when you do the right thing! Having a union protects the people, although the process is tedious. I will continue to fight for what is right, contrary to those who undermine our contract language. Si se puede…”