On Tuesday, January 22nd, Glendora Community Hospital Nurses attended a meeting of the Glendora City Council to educate the city's elected leaders about dangerous problems at the hospital, and to give them a message for GCH owner Prime Healthcare: "It's time to sit down with the Union!" Here is a report back from Glendora RNs and Union members Wonjin Cho, Junaicie Hawkins, Karlo Soria and Rosalie Anniel: 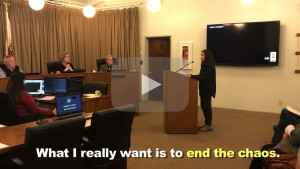 We're so proud of our fellow Union members, the Nurses of Glendora Community Hospital. On Tuesday, we packed a room at Glendora City Hall to tell the City Council about everything that is wrong with our hospital, and our fight to change it. It is a story that we all know well­­­—we’ve been at this for a long time.

But for the Council, the truth was shocking.

One by one, we stood before the Mayor and the Councilmembers and testified about all of the things that make their community hospital a dangerous place for both patients and Nurses. We told them about the call lights that don’t turn on, the air conditioners that break in the Summer, and the ceilings that leak when it rains. We explained that our units are understaffed, and how sometimes we can’t even respond properly to emergencies because there aren’t enough of us there. We made one thing clear: if the hospital keeps running this way, it’s going to create a crisis.

Read the letter we gave the Glendora City Council.

We also told them why we have hope that we’re going to turn Glendora Community Hospital around. Now, they know about our fight with Prime Healthcare and their refusal to recognize our Union, even though the federal government has told them they must. And when we spoke, every single Councilmember leaned in to listen.

It was a great action, but it was just the beginning of this new phase of our fight. We’re going to keep speaking out for our rights, for recognition and for patient safety. We’re not going to stop until we win. 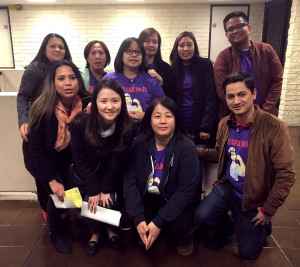