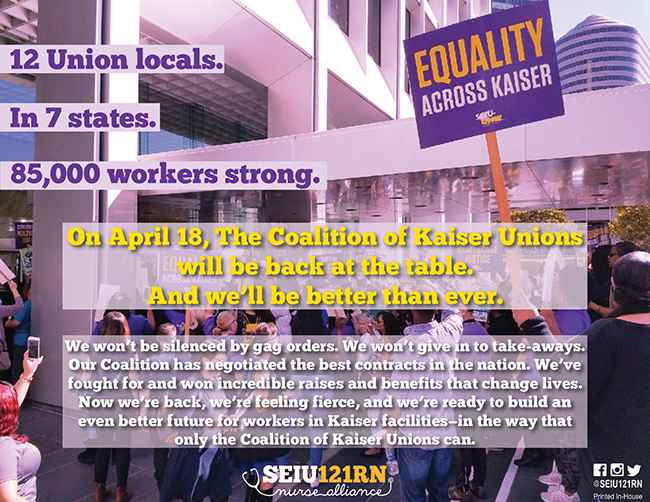 The Coalition of Kaiser Permanente Unions, which represents more than 85,000 healthcare professionals from seven states, will return to the bargaining table to negotiate with Kaiser Permanente in April. Kaiser refused to bargain in May 2018, triggering an impasse that lasted nearly a year. The healthcare giant was then indicted by the National Labor Relations Board for refusing to negotiate in good faith. Kaiser had demanded that union members sign off on a gag order which would prevent them from exercising their American rights to speak out for their patients, and to advocate for common-sense legislation to keep patients safe.

The powerful Coalition of Kaiser Unions has negotiated some of the best contracts in the nation, winning raises and benefits that change peoples’ lives. Now, union members will head into negotiations with momentum on their side.

Read the press release from the Coalition of Kaiser Permanente Unions 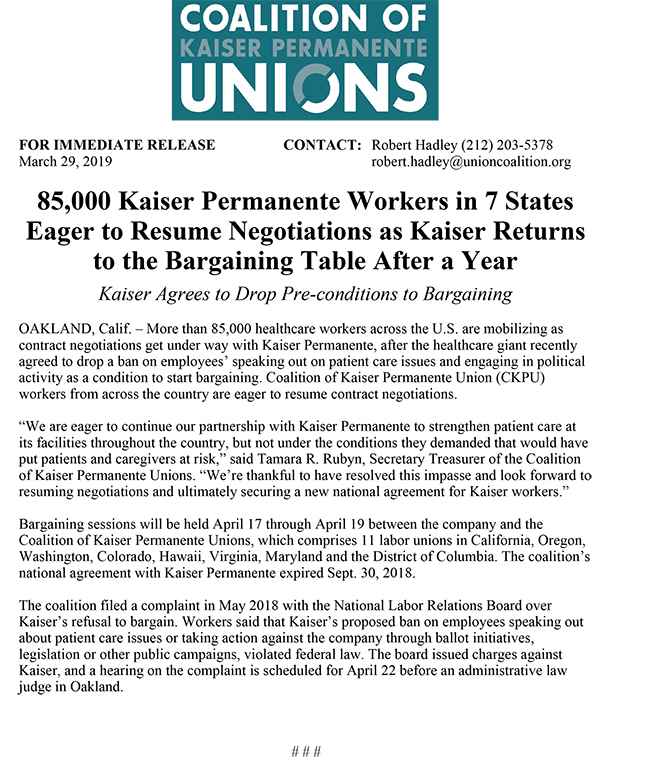